The great advantage of writing both stories and novels is that one can be unfaithful to one’s loyal characters and return to them when fancy takes you, or better still, when a publisher or editor requests their appearance!

So here are a few details of my loyal team:

Peter and Georgia Marsh investigate crimes from the past, which often takes them into dangerous territory in the present, when  long festering passions are aroused. Peter is an ebullient, wheelchair-bound ex-cop, and his daughter Georgia, having escaped from an early disastrous marriage to a conman, is now married to Luke Frost, the publisher of the books the father and daughter team write about their cases. The sparky relationship between Peter and Georgia is a spur to their resurrecting forgotten or unsolved crimes where injustice has occurred.

Nell is proud of being chef at Wychbourne Court in Kent in the 1920s. Women chefs were

unusual then, but not unknown and Nell was trained by Escoffier. She has no training as a sleuth though, and is tested to the full when she finds herself plunged into situations where she has to grapple with more than exciting recipes. In her first case, Dancing with Death, murder takes place during the ghost hunt, and in the second, Death at the Wychbourne Follies, murder rears up during a reunion of Lady Ansley’s friends from the old Gaiety Theatre. In the third, Death and the Singing Birds, new neighbours from an avant garde artistic circle in Paris bring murder in their wake – and Nell once again crosses swords with Detective Inspector Melbray of Scotland Yard as she sharpens her detective skills.

Tom is a chimney sweep in Victorian London’s East End, and together with Ned, his former climbing boy apprentice, clears up many a murky crime. Tom has a heart of gold and he and Ned form a strong team. He has appeared in two novels, now available as ebooks, and in many short stories, chiefly in Ellery Queen Mystery Magazine. His new novel, Tom Wasp and the Seven Deadly Sins, sees Tom stumbling over a dead body in the yard of London’s Dolly’s Chop House – a crime that has its roots both in Elizabethan England and in the dark underworld of east London. 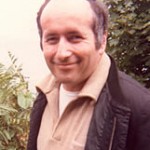 Jack is a present day classic car detective, working with a specialist Kent police crime unit when he is not at Frogs Hill Classic Car Restorations Ltd, which is located up a long winding lane not far from Pluckley in Kent. He has a team of two for the restoration side of his business, crusty Len Vickers and lively Zoe Grant. Jack follows his heart where women are concerned, but fortunately uses his head for his crime cases. His first eight novels are now published.

Auguste is a master chef, working in the late Victorian and Edwardian periods. He has made full length appearances in eleven novels, as well as many bows in short stories, many published in Ellery Queen Mystery Magazine.

Parson Pennywick is an eighteenth-century parson in the village of Cuckoo Leas and has only appeared so far in short stories, as he is busy with his pastoral work (which includes smuggling). The stories have appeared in Ellery Queen Mystery Magazine and in two volumes of Best British Crime edited by Maxim Jakubowski.